Puerto Princesa is the capital of the island province of Palawan and the largest province in terms of land area. Puerto Princesa city has been acclaimed several times as the cleanest and greenest city in the Philippines. With a wide range of attractions ranging from beaches to wildlife reserves, Puerto Princesa is a nature lover’s paradise. (Wikitravel)

Below are the tour highlights:

AM ARRIVAL
AIRPORT INSTRUCTION: Our airport representative is holding a placard with your name.
Airport pick up and drop off at ANGELIC MANSION.

Breakfast
7:30A.M Pick up time
Proceed to UNDERGROUND RIVER TOUR
– Buffet lunch in one of the restaurants in Sabang
– Boat, terminal & entrance fees

Travel to Sabang, Ugong Rock
Bring water, snacks for the travel going to sabang and take a rest

Ugong Rock Place
Ugong Rock is a 71 meters high limestone outcrop with a summit view
deck and zip line. Climbing up, visitors weave through tunnels/caves
and crevices. The view deck provides a breath taking 360 degree view
of the forests and karst formations. Going down is a fun ride through
the zip line, the first in Palawan.

Underground River
The national park is located in the Saint Paul Mountain Range on the
northern coast of the island. It is bordered by St. Paul Bay to the
north and the Babuyan River to the east. The City Government of Puerto
Princesa has managed the National Park since 1992. The entrance to the
subterranean river is a short hike from the town Sabang.

Free Time (Rest)
Feel free to do things and feel the view of real nature of Palawan.

Breakfast
7:00AM – Hotel pick up proceed to Honda Bay (It is only 40 minutes away from Puerto Princesa, where you’ll hop on a boat and start your island hopping tour.
Visit several beautiful beaches and islands, such astarfish Island, Luli Island and Cowrie Island, where you can relax, swim or snorkel.

Breakfast
Free time at your own leisure
Hotel pick up proceed to airport for your trip back home. 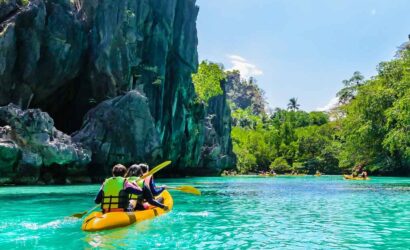 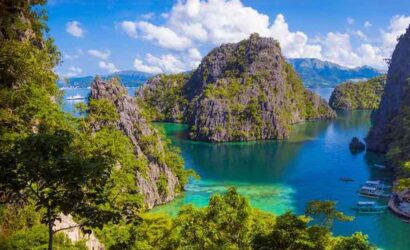